In the world of social media, apps where users can swipe left or swipe right make it easy for people to make their preferences known. While these apps have been primarily associated with dating trends, Argentina-based Fundación Libertad decided it’s time to let the people swipe left or right on how their tax dollars are being spent every year. Their new app, “Gastar o No Gastar” (“To Spend or Not to Spend” in English), provides the opportunity for Argentines to participate in the dialogue surrounding tax dollar expenditures while also improving the transparency of public spending throughout the country.

“Argentina has been suffering from extremely high public spending—46% of GDP—for over a decade now,” says Antonella Marty, the Director at the Center for Latin American Studies at Fundación Libertad. She traces the problem to the country’s reliance on “subsidy culture” and the expectations it has created in the last 12 years for the Macri Administration.

Garret Edwards, Director of Legal Research at Fundación Libertad, agreed. “We hope that it becomes a staple of discussion and debate throughout the whole year, given that 2019 is an election year in Argentina, and public spending is and will remain a key issue on that front.”

Both Marty and Edwards note that there is some urgency, as taxpayers do not seem to have a strong understanding of how their tax dollars are used. The team at Fundación Libertad sees “Gastar o No Gastar” as an opportunity for people to have an easily accessible platform to share opinions about state spending. To date, people have used it more than 50,000 times.

The app has even caught the attention of popular, influential figures such as presidential candidate José Luis Espert and Argentine economist Javier Milei, who frequents the app and helps promote it to the general public. “They used the app, decided what they liked and didn’t like regarding public spending, and did so in front of cameras. We’ve had a great reception both on traditional news outlets and on social media.”

The people of Argentina have never had an option to voice their opinions on government spending, but with the swipe of a finger, they do now.

Fundación Libertad continues to promote “Gastar o No Gastar” across the region, in hopes of ensuring a freer and more prosperous Argentina. “We will continue adding and updating the public expenses, and periodically we will launch a report that analyzes them, in order to contribute to the debate at every opportunity we have,” says Edwards. “We have noticed a lot of interest and astonishment when taxpayers find out where their tax money goes.” 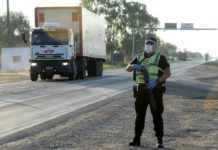 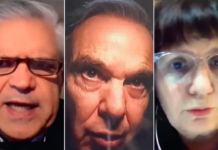 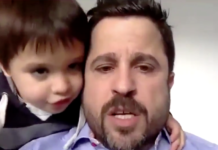